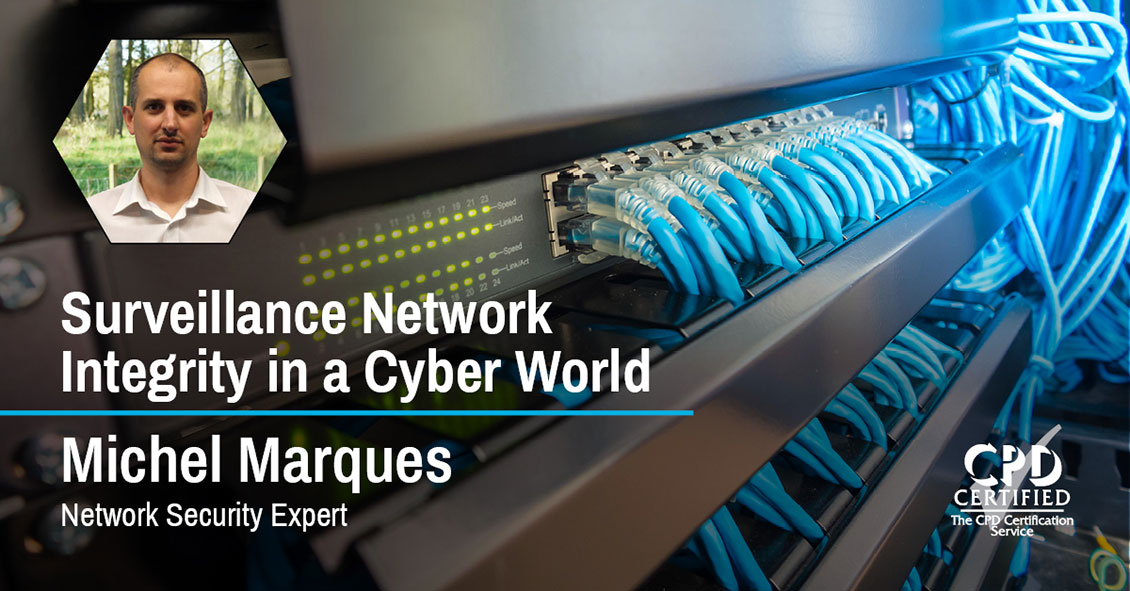 An IP network is not closed as would be a traditional CCTV system. By offering scalability, flexibility, integration with other systems and the use of HD and high megapixels cameras, IP networks deliver undoubted benefits but system administrators also need to ensure that specific security measures have been implemented. Once cameras are connected to the network they need to be protected from the malicious attacks just like any other IP addressed device.

Some of the particular cybersecurity vulnerabilities are default configuration, police and procedures and legacy software. These weakness can be exploited by an attacker, to perform unauthorized actions within a computer system.

One particular example of a recent cyber-attack is the WannaCry ransomware attack that spread rapidly in May of 2017. Like all ransomware, it took over infected computers and encrypted the contents of their hard drives, then demanded a payment in Bitcoin in order to decrypt them. The malware took particular root in computers at facilities run by the United Kingdom’s NHS.

The main purpose for the education on cybersecurity is to increase awareness about the threats and ensure people realise that hackers within organised gangs of cybercriminals will try to deliberately attack, steal, damage or misuse an organisation’s systems and information. As a result, it’s important that everyone within the organisation needs to be aware of the associated risks. In a 2016, Cybersecurity Ventures predicted that the cost of cybercrime around the world would rise to $6 trillion annually by 2021.

While businesses might be reluctant to invest heavily in cybersecurity infrastructure, they will be relieved to hear that often it’s human error that proves the weakest link. This means that many forms of attack could be avoided by increased security awareness training for the employee. Only 38% of global organizations claim that they are equipped and able to handle a complex cyber-attack, leaving 62% of global companies vulnerable.

Education on these topics is provided by specialised companies and CPD courses, covering the «hardening» of the systems (i.e. make the system more robust against cyber threats). These courses cover how to increase the physical security of devices on your network, how to configure firewalls and security settings and what tools you can use to identify threats to the network. Taking part in these courses is now a must for organisations given the growing threat of cyber-attacks.